Diphtheria is a contagious and potentially life-threatening bacterial disease. It is caused by infection with toxin producing strains of Corynebacterium diphtheriae (and rarely Corynebacterium ulcerans or Corynebacterium pseudotuberculosis), which are gram-positive, non-sporulating, bacilli. It occurs primarily in two forms; respiratory (the commonest) or cutaneous (prevalent in the tropics). The toxin is also absorbed and can produce a variety of systemic effects involving the kidneys, heart and the nervous system causing significant damage. It is the later effects of diphtheria toxin on the heart and nervous system that produce the most severe complications.

How is infection acquired?

Diphtheria spreads from person to person very easily by contact with large respiratory droplets or hand-to-mouth contact with secretions from an infected person’s mouth, nose, throat or skin, or from an asymptomatic carrier of the bacteria. Diphtheria can also spread by contaminated objects or food (such as contaminated milk). Humans are the only natural hosts of C. diphtheriae.

What are the clinical features of diphtheria?

The clinical features and systemic complications of diphtheria (e.g. myocarditis and peripheral neuritis) are toxin mediated and not due to invasion of the organism. The nose and throat (tonsils or pharynx) are the most common sites of infection. Toxin is produced locally by the toxin-producing strains of C. diphtheriae causing tissue necrosis and exudate formation triggering an inflammatory reaction. Local symptoms and signs of inflammation may then develop. Classically there is the presence of a tough grey to white adherent membrane (pseudomembrane) on the tonsils, pharynx, and/or nasal cavity. It adheres to the tissues and bleeds on removal. The membrane develops typically on the tonsil(s) and spreads locally resulting in a potential for suffocation if the membrane spreads if it is dislodged e.g. during sampling for a throat culture (swabs must be performed with extreme care and with equipment for intubation readily available).

Diphtheria may be mild or severe. Some people may be asymptomatic carriers. The classic pseudomembrane is not always present especially in previously vaccinated individuals. In severe cases the membrane spreads rapidly over the uvula, palate, oropharynx, nasopharynx. The extent of the membrane correlates with the severity of the local and systemic symptoms.
The respiratory form of diphtheria has an incubation period of 2 to 5 days although this can be longer. The onset of disease is gradual. Symptoms include local and more generalized ones. Generalized symptoms and signs may include fever, chills, listlessness, nausea, vomiting, pallor, fast heart rate and low blood pressure. Some patients do not show symptoms until the infection has progressed further.
In rare instances, C. diphtheriae may become invasive and cause endocarditis, arthritis and bacteraemia.

Cutaneous diphtheria is prevalent in the tropics. It often presents as a secondary infection of a pre-existing skin disease e.g. impetigo. Lesions occur more commonly on exposed skin starting as small vesicles and developing into ulcers. The toxin can be absorbed systemically but systemic complications are less common than from respiratory infections with C. diphtheriae.

Symptoms and signs of diphtheria may be divided into two groups:

What is the treatment for diphtheria?

Diphtheria is a medical emergency. A delay in treatment can result in death or long-term cardiac complications. Empirical treatment should generally be started immediately in a patient in whom a clinical suspicion of diphtheria is very high, even before test results are available. Patients with diphtheria should be hospitalized until fully recovered. Severe cases e.g. those with respiratory obstruction may require intubation or a tracheostomy and must be admitted to an intensive care unit (ICU) for care. Patients should be given diphtheria antitoxin to neutralize the diphtheria toxin. Since the antitoxin does not neutralize toxin that is already bound to tissues, delaying its administration is associated with an increase in risk of mortality. Therefore a decision to administer diphtheria antitoxin is based on clinical diagnosis, and should not await laboratory confirmation. Unfortunately there is currently no diphtheria antitoxin available in South Africa for treatment of cases.
Antibiotics have not been demonstrated to affect healing of local infection. However antibiotics are used to eradicate C. diphtheriae from the nasopharynx and prevent its transmission to others:

How do we make a definitive diagnosis of diphtheria?

Method of collection of specimens:

Tellurite medium: Colonies appear greyish black on tellurite containing media e.g. Hoyles and have a garlic-like odour. Black colonies on Hoyle’s tellurite agar can be due to other organisms capable of reducing tellurite to tellurium. Other Cornyebacterium spp., staphylococci, and some streptococci possess this ability.

NOTE: C. diphtheriae and C. ulcerans will also grow on standard blood agar and other primary culture media e.g.: chocolate agar. However the laboratory diagnosis of diphtheria can be missed if only standard processing is performed as the colonies of C. diphtheriae are not distinct on standard agar media used for routine throat or wound cultures. In addition, corynebacteria in mixed culture with other throat or skin will often be ignored as “normal flora” if a diagnosis of suspected diphtheria has not been communicated.
Four biotypes of diphtheria can be determined by biochemical testing: gravis, mitis, intermedius and belfanti

The minimal laboratory criteria required to presumptively report an isolate as C. diphtheriae are as follows:

What is the differential diagnosis of diphtheria?

Is diphtheria common in South Africa?

The true burden of illness in South Africa is unknown but the incidence of clinical diphtheria has been reduced by widespread childhood immunization. However, some people are not adequately vaccinated, and immunity due to vaccination wanes.

How is diphtheria prevented?

Who is at risk of acquiring diphtheria?

Persons, especially children who are not immunized or who did not receive adequate immunization are the most at risk. Diphtheria is most common in areas where people live in crowded conditions with poor sanitation.

What is the recommended public health response in SA to a case of diphtheria?

Diphtheria is a notifiable condition in South Africa. All suspected cases should be reported to infection control nurses and district and provincial communicable disease control staff urgently. Antibiotic treatment using penicillin or erythromycin should be given to cases for 14 days and elimination of the organism confirmed on follow-up cultures. Diphtheria anti-toxin treatment is only effective if given very early in the course of illness and is not available in SA. Cases should be isolated with droplet and contact precautions until 2 negative throat and nasal swabs are obtained >24 hours after completion of treatment and taken 24 hours apart.

Follow up of close contacts is essential. Throat and nasal swabs should be obtained from those who have had close contact with the case in the previous 7 days. Post-exposure chemo-prophylaxis should also be provided with benzylpenicillin or erythromycin (newer macrolides may also be effective). Those with positive cultures will require full treatment and follow up cultures as per symptomatic cases. The aim of chemoprophylaxis is both to eliminate asymptomatic carriage and to treat incubating disease. Booster immunisation should also be provided to those who have not received a booster in the previous 12 months. Contacts should be monitored for symptoms for at least 7 days.

To view the original article, please point your browser to: here

Cornerstone Pharmacy is proud to be a business partner of the N.H.C.

The N.H.C. was founded and started as an I.P.A. (Independent Practice Association) by 22 Medical Professionals based in Johannesburg

N.H.C.’s main aim is Professional Empowerment, in other words, NHC must endeavour to put the Professionals in a position where they can be more stable as a group of individuals and earn more money by harnessing the scale of economics through strategies such as grouping up.

This implies and requires a continual reassessment of the trading environment in order to optimise opertunities and create new services that may be required from time to time eg recruitment, group purchasing, electronic record storage etc

You can read more about their organisation here:  www.nhcltd.com 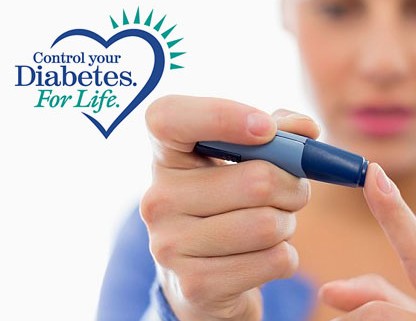